Is Your Company “Doing Business” in California? It May Depend on Who You Ask. 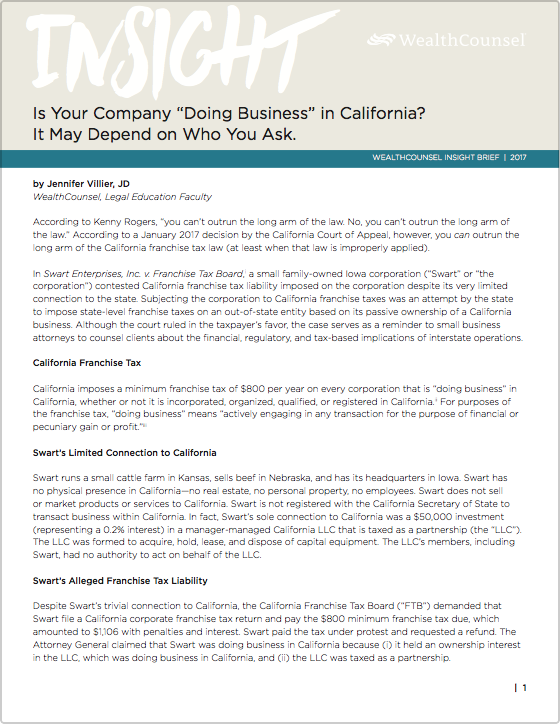 In Swart Enterprises, Inc. v. Franchise Tax Board, a small family-owned Iowa corporation (“Swart” or “the corporation”) contested California franchise tax liability imposed on the corporation despite its very limited connection to the state. Subjecting the corporation to California franchise taxes was an attempt by the state to impose state-level franchise taxes on an out-of-state entity based on its passive ownership of a California business. Although the court ruled in the taxpayer’s favor, the case serves as a reminder to small business attorneys to counsel clients about the financial, regulatory, and tax-based implications of interstate operations. Download this brief to learn more. 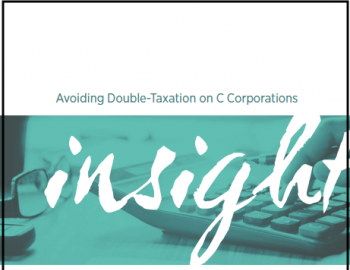 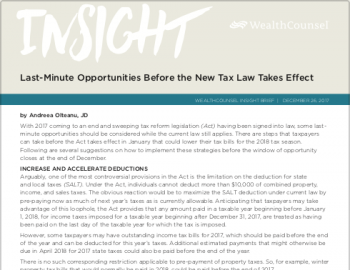 The Tax Cuts and Jobs Act takes effect in 2018. Here's what planners should be talking to clients about before 2017 is over. 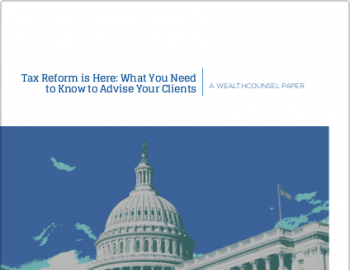 Tax Reform is Here: What You Need to Know to Advise Your Clients

The 2017 tax reform package is the most significant change to tax law in a generation. Find out what it means for estate planning and business clients in this in-depth thought paper.