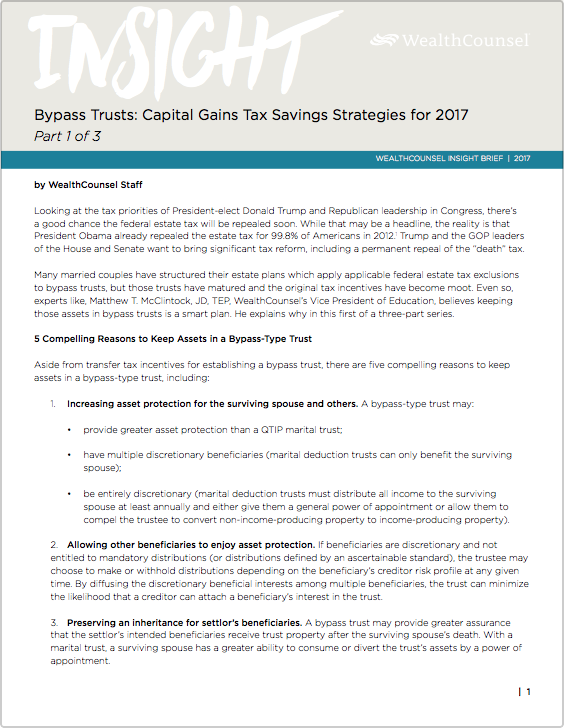 Looking at the tax priorities of President-elect Donald Trump and Republican leadership in Congress, there’s a good chance the federal estate tax will be repealed soon. While that may be a headline, the reality is that President Obama already repealed the estate tax for 99.8% of Americans in 2012.1 Trump and the GOP leaders of the House and Senate want to bring significant tax reform, including a permanent repeal of the “death” tax.

Many married couples have structured their estate plans which apply applicable federal estate tax exclusions to bypass trusts, but those trusts have matured and the original tax incentives have become moot. Even so, experts like, Matthew T. McClintock, JD, TEP, WealthCounsel’s Vice President of Education, believes keeping those assets in bypass trusts is a smart plan. He explains why in this first of a three-part series 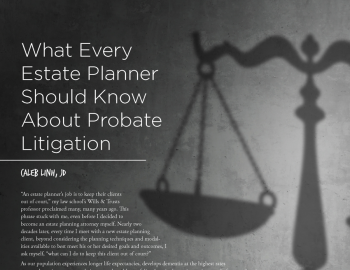 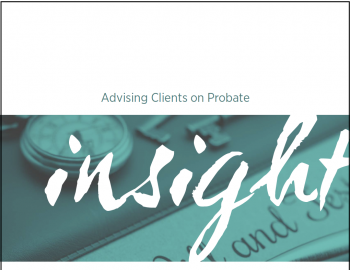 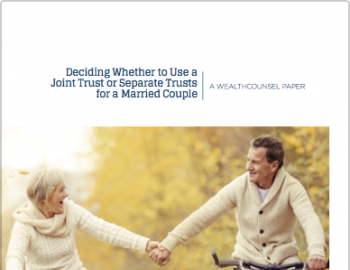