The Impact of BATF Rule 41F on Firearms Trusts 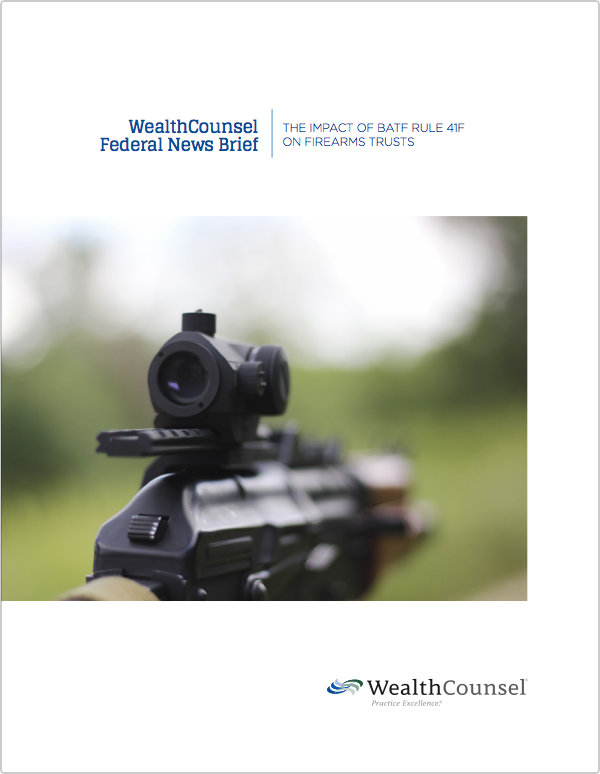 You've mostly likely already heard about new federal regulations regarding firearms regulated by Title II of the Gun Control Act — known as the National Firearms Act, 26 U.S.C. Chapter 53 (the NFA). United States Attorney General Loretta Lynch signed ATF Rule 41F on January 4, 2016, and it goes into effect on July 13, 2016. This rule affects the transfer of NFA firearms for individuals and entities and was specifically intended to address those firearms made or received by trusts or other legal entities.

This new rule raises concerns in both drafting and administration of gun trusts, of which you and your clients should be aware. Please download this brief, "The Impact of BATF Rule 41F," to learn the following: 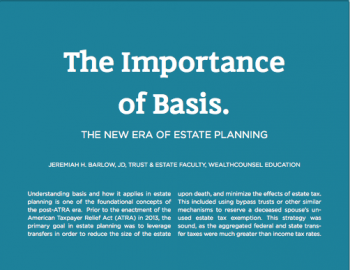 The Importance of Basis: The New Era of Estate Planning

Understanding basis and how it applies in estate planning is essential for all planners in the post-ATRA world. 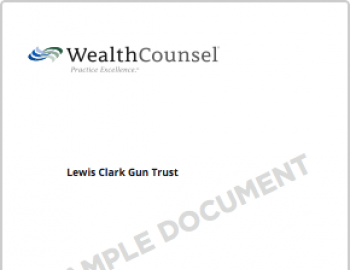 Download a sample gun trust to see how Gun Docx guides you through the drafting process and provides that your clients need. 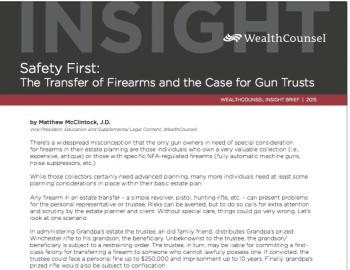 Safety First: The Transfer of Firearms and the Case for Gun Trusts

Learn more about why effective firearms transfer planning is critical for any gun owner/collector.