Planning for Same-Sex Couples in a Marriage Equality World 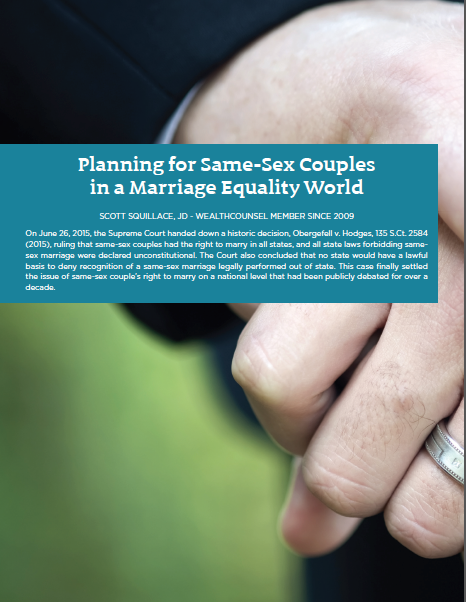 On June 26, 2015, the Supreme Court handed down a historic decision, Obergefell v. Hodges, 135 S.Ct. 2584 (2015), ruling that same-sex couples had the right to marry in all states, and all state laws forbidding same-sex marriage were declared unconstitutional. The Court also concluded that no state would have a lawful basis to deny recognition of a same-sex marriage legally performed out of state. This case finally settled the issue of same-sex couple’s right to marry on a national level that had been publicly debated for over a decade.

So how can you best counsel same-sex clients? Download this article by Scott Squilliance, JD, for: 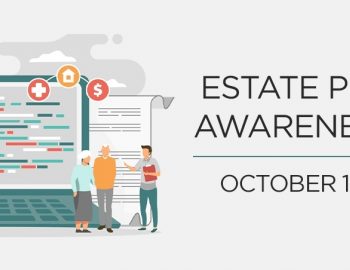 This month, we’re offering free access to an “Estate Planning Awareness Week” marketing package with customizable blog content and letters so you can reach out to current and prospective clients, as well as referral sources, without having to spend hours creating original content from scratch. 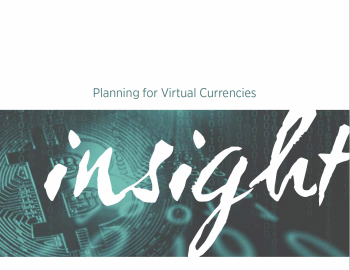 Download the sample trustee manual to see how Wealth Tracx can help introduce trustees to ﻿the trust administration process. 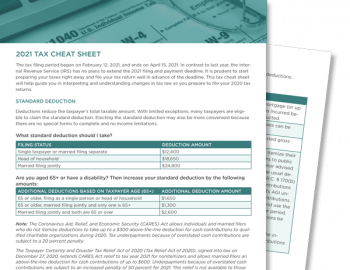 Download our free tax filing cheat sheets to give to your clients and prospects.