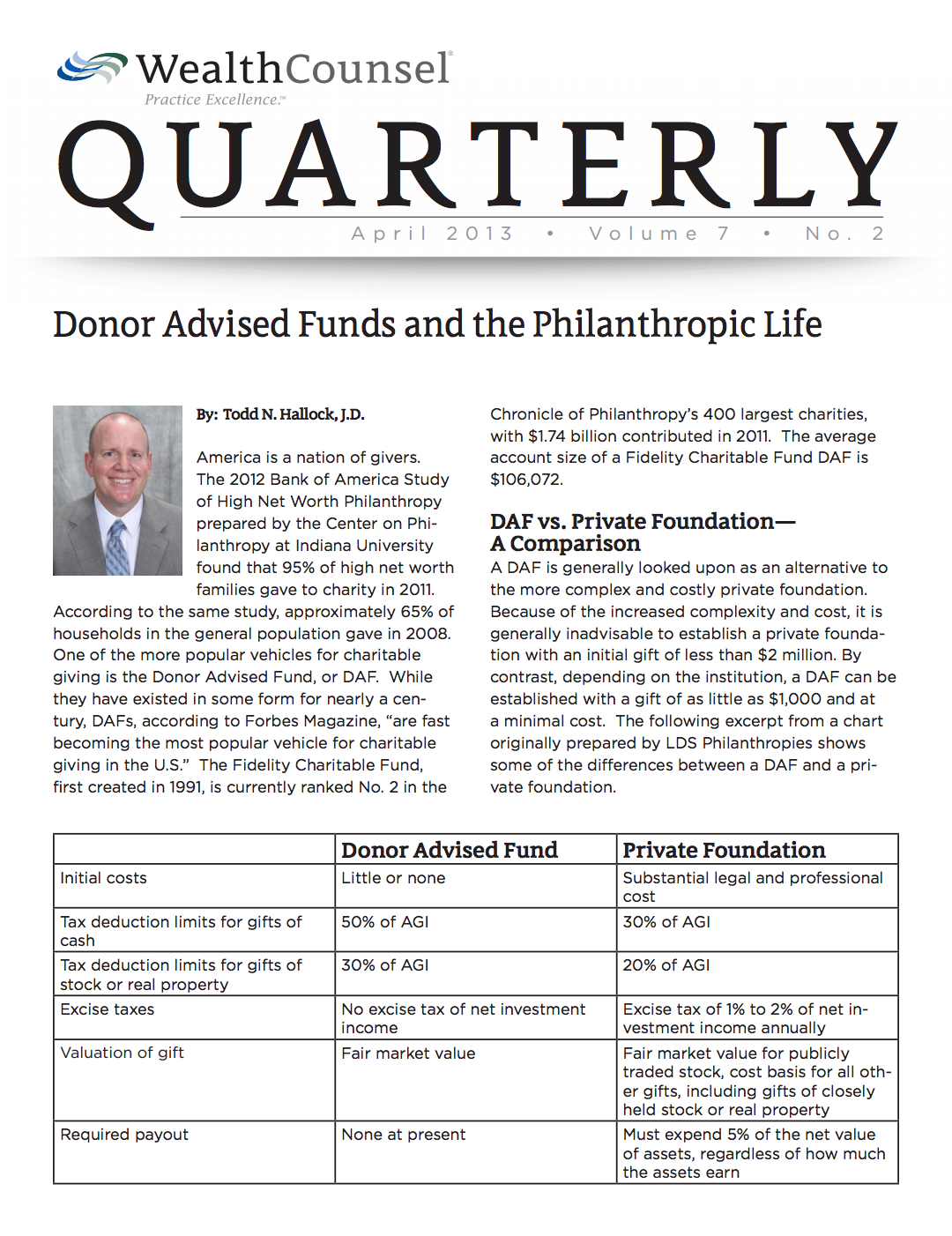 America is a nation of givers. The 2012 Bank of America Study of High Net Worth Philanthropy prepared by the Center on Philanthropy at Indiana University found that 95% of high net worth families gave to charity in 2011. According to the same study, approximately 65% of households in the general population gave in 2008. One of the more popular vehicles for charitable giving is the Donor Advised Fund, or DAF. While they have existed in some form for nearly a century, DAFs, according to Forbes Magazine, “are fast becoming the most popular vehicle for charitable giving in the U.S.” The Fidelity Charitable Fund, first created in 1991, is currently ranked No. 2 in the Chronicle of Philanthropy’s 400 largest charities, with $1.74 billion contributed in 2011. The average account size of a Fidelity Charitable Fund DAF is $106,072.

Download the "5 Charitable Giving Mistakes to Avoid" Insight Brief for a list and analysis of some of the most common charitable giving oversights in estate planning. 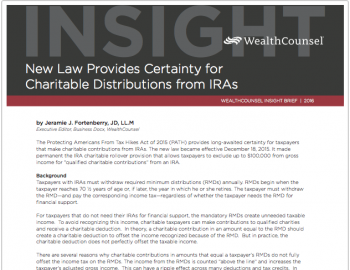 Download this Insight Brief to learn more about the PATH Act of 2015 and requirements to take advantage of this tax break. 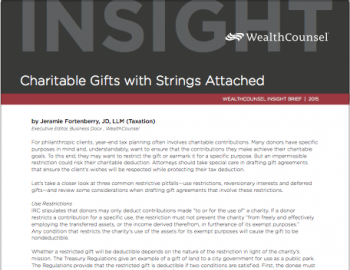 Download this WealthCounsel Insight Brief to learn about 3 common pitfalls to avoid when drafting gift agreements in order to preserve your clients' tax benefits on charitable gifts.